To carve out a successful career in software sales, you’ll need to build up a solid resume of relevant skills, hone soft skills and interview prowess, and demonstrate experience that will show you can handle the fast pace and high demands of tech sales.

The final piece of the puzzle is basing yourself in a location with a healthy tech sector and plenty of companies that are looking for bright new sales talent.

If you’re looking to take the next big step in your software sales career, and you’re wondering where the best place to seek it is, here’s a list of the 11 best cities for tech sales jobs in the US. 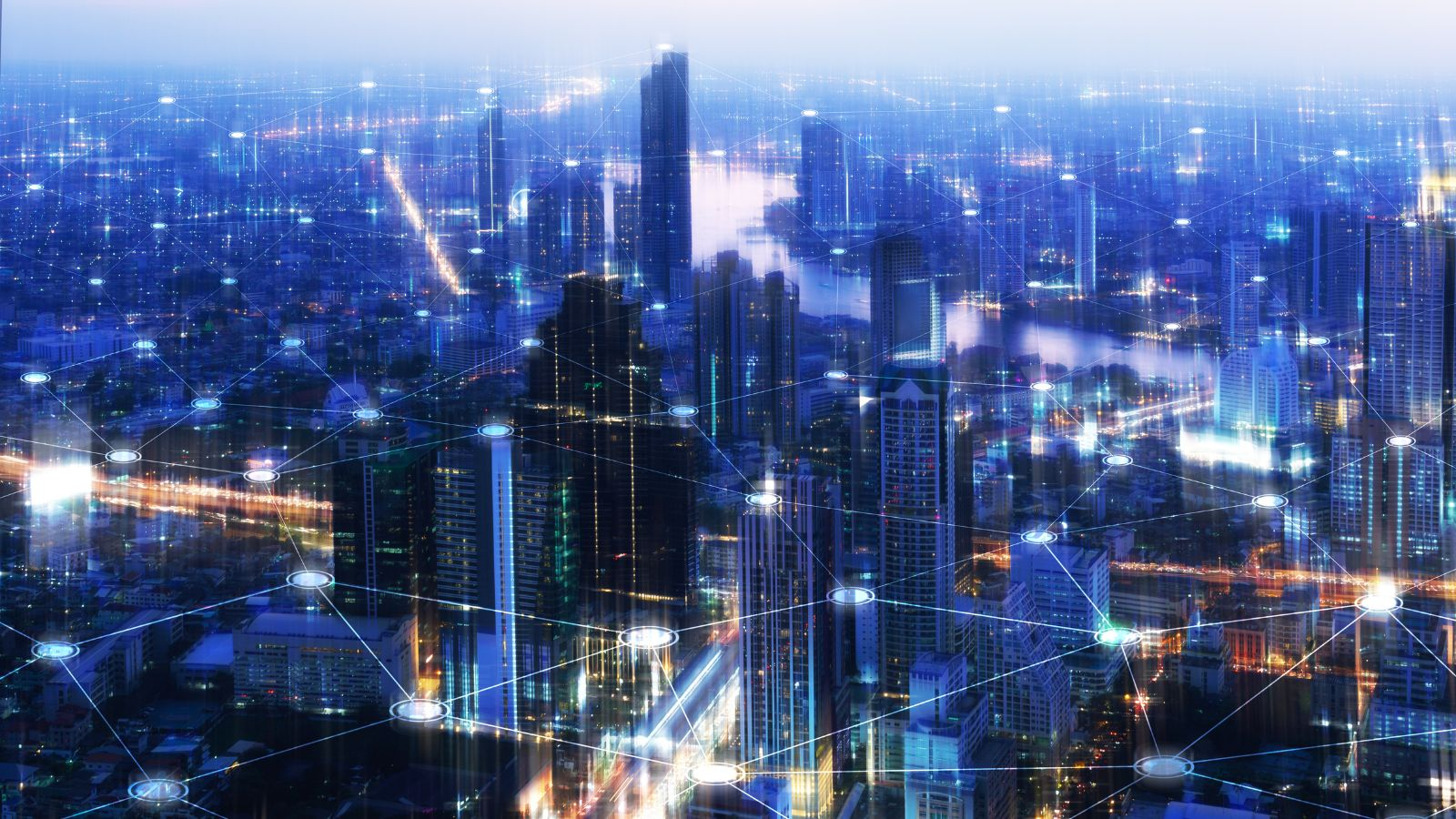 Although it’s somewhat isolated compared to many other US business centers, Denver is one of the best cities for tech sales jobs. A vibrant and modern city that’s home to a rapidly evolving tech sector. The healthy local economy, and many beautiful suburbs outside the bustle of the city center, make Denver a hugely attractive prospect for sales professionals.

Denver’s tech industry is growing all the time and tech salespeople will be able to enjoy a very fertile jobs market. Facebook, Amazon, and Zoom all have offices there, and salespeople can earn an average of $163,120 total compensation.

Though most people associate tech careers in California with Silicon Valley, Los Angeles has a thriving tech industry and a comparably lower cost of living that attracts tech sales professionals from a range of backgrounds.

Companies like Google and OroCommerce maintain offices in LA, and in recent years the tech industry has accounted for around 10% of the city’s local economy.

Though it may be cheaper than San Francisco, LA still has a very high cost of living, and may not be the best destination for entry-level tech professionals. Still, the average sales professional can look forward to the total annual compensation of $177,328.

Austin boasts the most vibrant tech sector in the state of Texas by far and is one of the fastest-growing local economies in the US. The CBD is home to an exciting mix of both established tech giants and promising start-ups, contributing to a great level of diversity for tech sales professionals who want to advance in their careers.

Amazon, Oracle, and Apple all have offices in the city, and tech companies account for roughly 15% of all jobs held in the city. The average salesperson in Austin will earn $154,496 in total annual compensation.

The booming tech industry has also led to a rich selection of coding boot camps, should you wish to expand into other areas of the tech industry.

The undisputed tech hub of the midwest, Chicago constantly attracts bright new talent seeking some of the most promising tech career paths and highest salary bands in the region. It also has a manageable cost of living and good job security, setting it a cut above other tech centers such as LA or New York.

Though software isn’t its primary industry, tech giants such as Amazon, Sprout Social, and Lever all have premises in Chicago’s CBD, all of which can offer promising starts and advanced career development to promising tech sales pros.

Salespeople in Windy City can earn an average yearly compensation of $178,485. 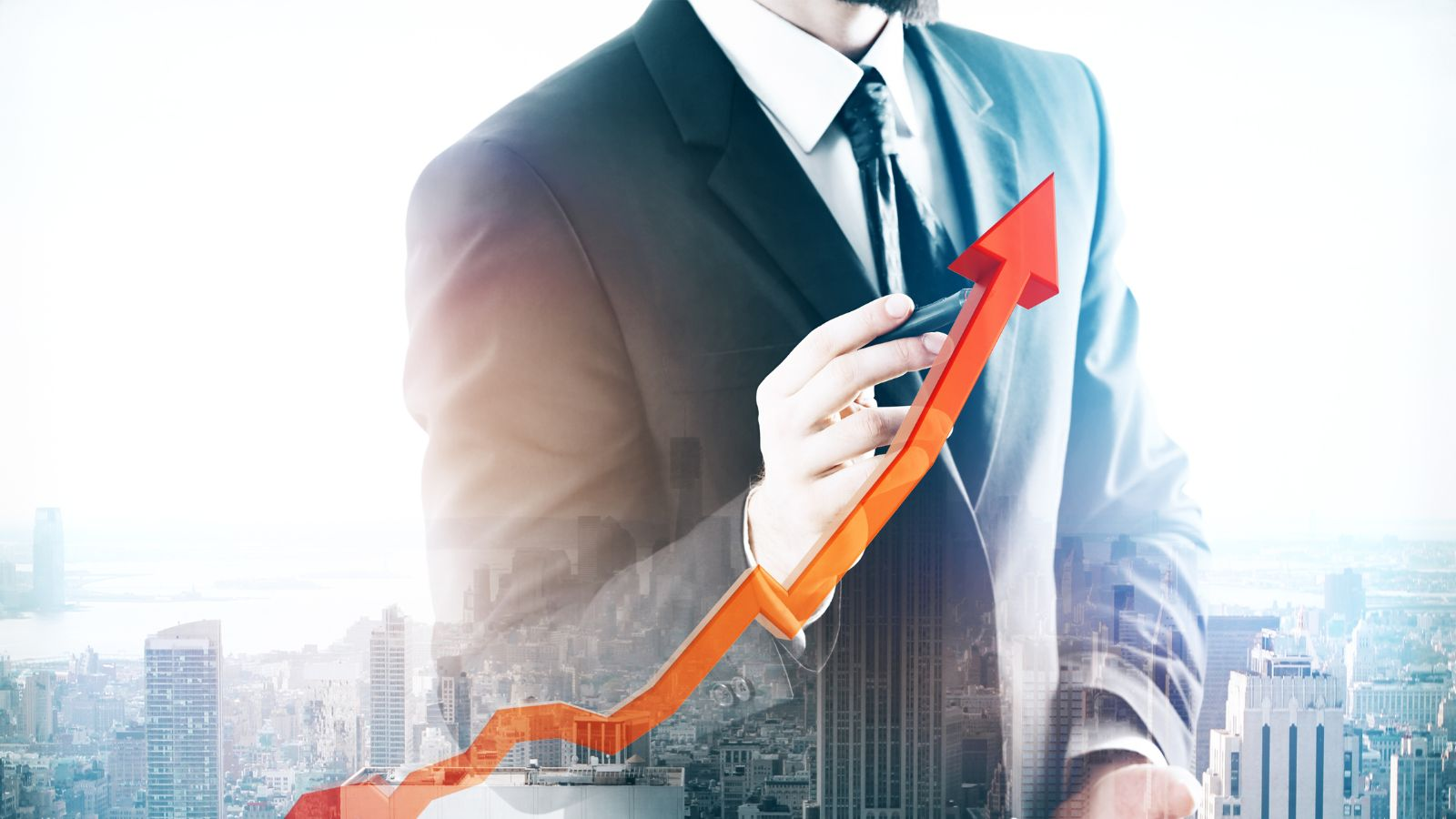 Though Boston is one of the oldest cities in the US, its local economy has always kept in step with the times, and today it’s a huge magnet for tech start-ups and established corporations alike.

Autodesk and Robin both have offices in Boston, making it a great location for tech sales professionals with diverse backgrounds spanning multiple industries. There’s also a rich array of companies in blossoming sectors such as 3D printing and machine learning, making it great for salespeople who find fulfillment in learning about the progress of the tech industry.

With a population exceeding 8 million, and the largest local economy of any city in the US, it’s no surprise that New York is one of the best cities for tech sales jobs and an attractive prospect for software salespeople looking to spread their wings.

Within its diverse economy, the Big Apple’s tech sector alone generates billions every year, with new opportunities regularly springing up in all five boroughs. Slack, Squarespace, and Google (with its new Hudson River pier campus) all maintain a presence in the city.

Aside from the impressive vibrancy of New York’s tech sector, it’s also very accessible for entry-level workers, with a large portion of New York tech sales jobs not requiring a college degree.

Salespeople in New York enjoy the largest average compensation in the States, coming in at $206,979.

Though it isn’t especially famous as a center for innovation, the nation’s capital has a large and active tech sector, making it a hidden gem for software sales professionals looking for a good place to develop their careers.

IBM, HP, and Oracle all have offices in DC, and there’s also a strong concentration of B2B software companies providing tools in the education sector, making it a great place to relocate if you already have a background in this industry.

Washington DC is known throughout the east coast for its high cost of living, but the average annual compensation for salespeople certainly makes up for it, coming in at $199,501, which puts it just behind New York’s range.

Atlanta is known as a city on the rise by tech professionals. The Georgia state capital is home to many tech startups and more established names, such as TalentQuest and Vertafore.

On top of its diverse array of companies in the city, Georgia also boasts competitive salaries that are in line with more well-known tech centers in the country, but still manages to maintain a relatively low cost of living.

A software sales professional in Atlanta can expect to earn $170,259 in yearly compensation on average. 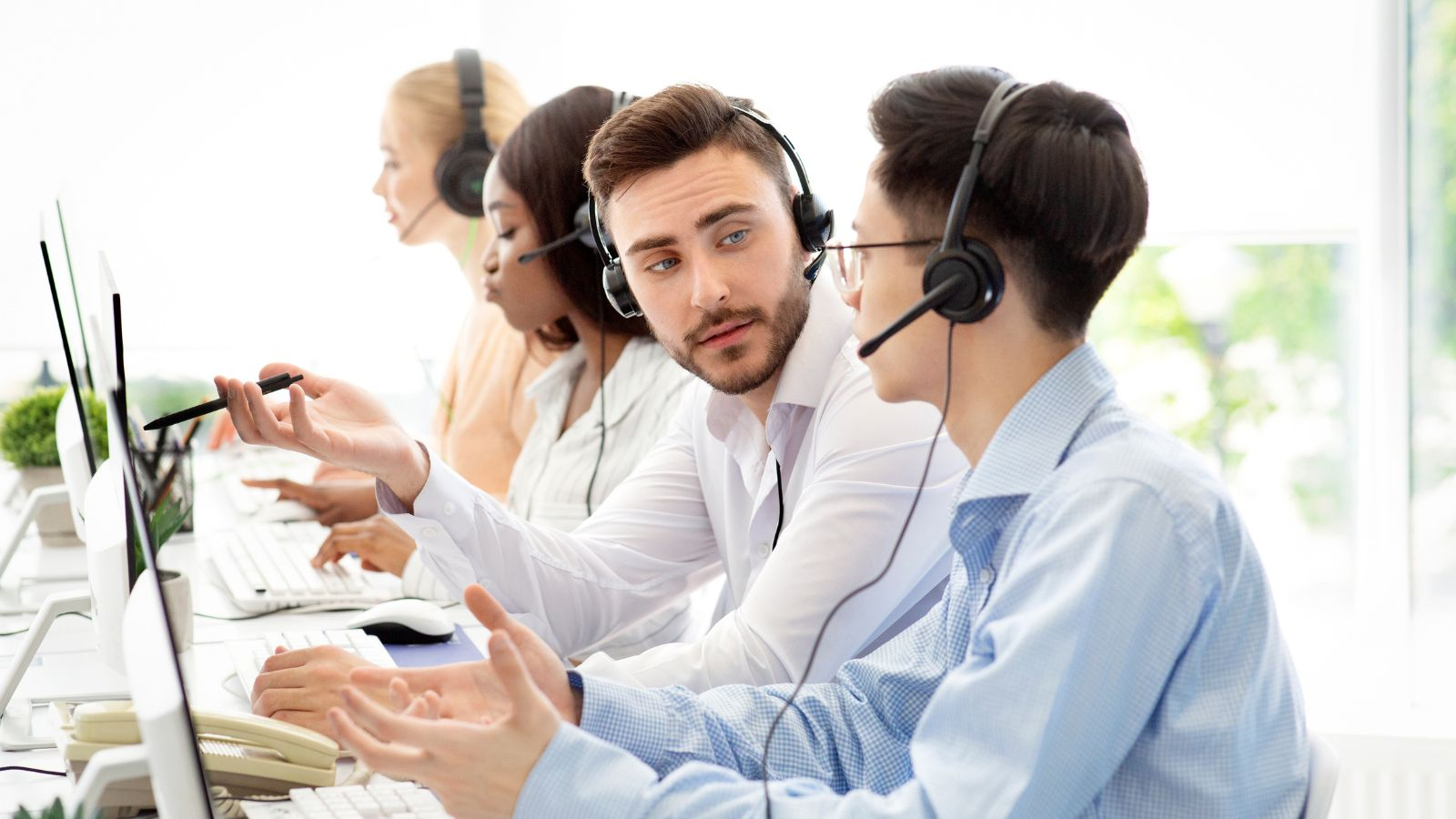 For professionals who are looking to settle in the Pacific Northwest, Seattle is the best city to live in by far.

Amazon, Tableau, and Highspot all have offices in Seattle, and tech companies at large makeup almost half of the city’s local economy. Like Austin, it also has a great selection of coding boot camps for people who want opportunities for continuous vocational training in the tech sector.

Seattle software sales professionals can expect to earn an average total compensation of $175,076 per year.

Though it’s not usually lauded as a great destination by younger professionals, Portland is a city characterized by excellent job prospects for software salespeople, as well as a generally strong economy and high quality of life.

Portland doesn’t boast many offices from the biggest names in tech, however, it’s a well-known magnet for promising startups, such as Emerge and Unosquare. The city has seen thousands of new tech-sector jobs emerge in recent years, and this area of the economy is only expected to grow.

Sales professionals in Portland Oregon bring in average annual compensation of $148,426 per year.

This city’s huge Dallas/Fortworth Metro area is an incredibly vibrant hub for many industries, not least of all the tech niche. It’s home to many big-name B2B tech firms, particularly in the financial niche, such as CapitalOne and Alkami. Dallas has also grown into an attractive home for promising new start-ups as well, which still contributes to a large proportion of job growth in the city.

On top of the vibrant tech sector, Dallas also offers a manageable cost of living compared to many other cities on this list, and consistent economic growth is expected to continue long into the future.

Whether you’re looking for the first step in a long and promising sales career or you simply want a change of scenery, we hope this round-up of the best cities for software sales jobs has helped inform the next stages in your career.

If you’d like to learn more about where the best software sales salaries can be found, and the wider world of software sales, be sure to check out our other tips and guides or browse our job board for your next sales opportunity. 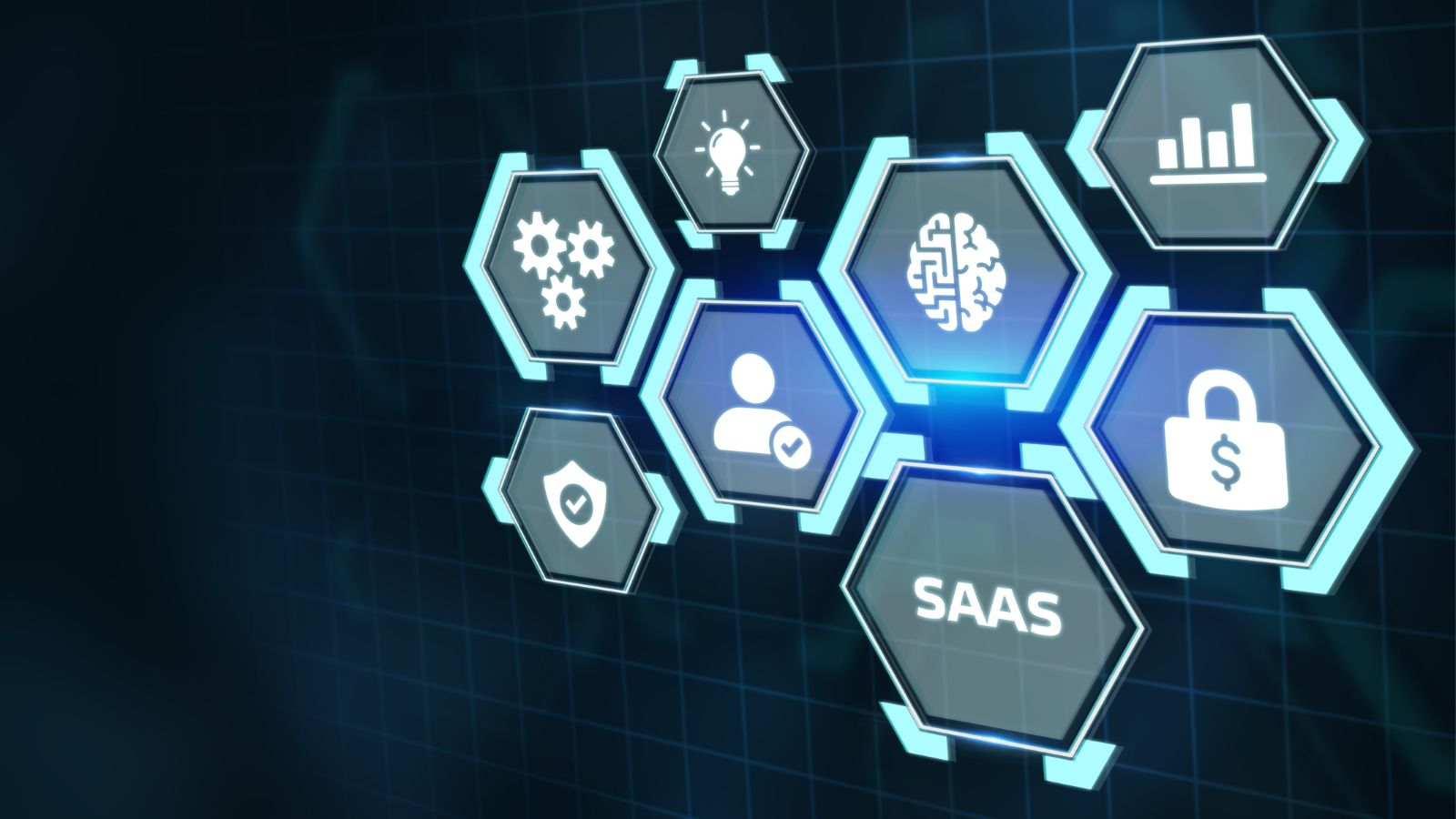